We use cookies to provide you with a better experience. By continuing to browse the site you are agreeing to our use of cookies in accordance with our Privacy Policy.
Home » Safety incentive programs
Incentives

When done correctly, they can boost workplace safety, experts say Carl Potter smashed his right index finger while working by himself at night for a utility company in the 1980s. At the time, his company was running an incentive program that would reward employees if none of them got injured.

Not wanting to ruin their chances at a prize, Potter told his boss he got hurt at home when asked about the wrapped-up finger the next day.

“It was pretty common to see people come dragging in, limping in and say, ‘I did this at home,’ because management looked the other way,” said Potter, now a safety speaker, consultant and founder of the Safety Institute, an online resource center. “If anything, that [incident] got me involved in safety.”

When done correctly, incentive programs can boost workplace safety, experts say. If done incorrectly – as in the case of Potter’s former employer – the lure of an incentive can lead employees not to report injuries, among other problems.

Some employers have moved away from the type of program that Potter described, often known as rate-based programs. Those programs base incentives on not having injuries or OSHA recordables over a certain period of time.

Besides the possible disincentive not to report an injury, those programs also are going out of vogue, in part, because they’re tied to lagging indicators instead of leading indicators. 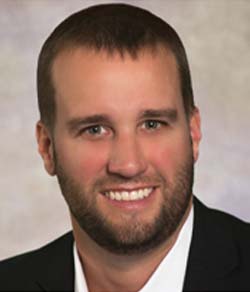 “We don’t recommend (rate-based programs) anymore,” said Brent Lee, national account manager for safety incentive provider C.A. Short. “Obviously, at the end of the day, it’s the customer’s decision on how they want to build the incentive program. We can give advice and suggestion on what we know is going to be the most successful. … We never recommend basing them on rate-based.”

Examples of leading indicators in an incentive program include reporting hazards or near misses, offering safety suggestions, taking part in training, or serving on a safety committee. Those rewardable actions focus on the process of safety instead of results.

“Incentive programs should be structured to reinforce your safety protocols,” Lee said, adding that they should “heighten employees’ awareness levels of your safety guidelines and have them top of mind each and every day.” 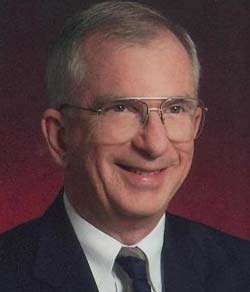 Lapidus says employers should keep incentive programs simple, be straightforward with ground rules and communicate those rules to all employees.

Associate Editor Alan Ferguson discusses this article in the Aug. 2021 episode of Safety+Health's “On the Safe Side” podcast.

He also says incentive programs should allow for consistent feedback to employees on their progress at least once a month. Employers also should reward employees with enthusiasm, in front of peers, on organizational time and as a planned event.

Likewise, C.A. Short recommends short-term recognition periods. “Employees should be acknowledged frequently and in as close to near-time as possible,” the company says on its website. “Humans are driven by immediate gratification. The sooner you can reward employees for taking positive action, the bigger impact you will have.”

Lapidus and C.A. Short agree: All employees should be able to receive recognition for achieving goals. If there’s one top or main award for one employee, make sure other employees also can receive meaningful awards.

Surveying employees on what rewards they find meaningful is a good practice, Lapidus said. Some of his ideas include time off from work, dinners, or tickets to movies or sporting events. Those rewards can “excite” spouses, children or others in their families, and add further motivation for employees to succeed.

Other reward ideas: framed certificates, plaques, or engraved items such as jackets or hats. These items can be personalized with a team or company name to bring people together as a group.