We use cookies to provide you with a better experience. By continuing to browse the site you are agreeing to our use of cookies in accordance with our Privacy Policy.
Home » Job Safety Analysis
Injury prevention

A look at the process – and its benefits In December 2004, Rich McElhaney and his co-workers were learning how to use a water lance – a piece of equipment that uses 20,000 pounds per square inch of pressure to cut through concrete and steel. They were in such a hurry to get through the training that day that they didn’t perform their usual Job Safety Analysis. If they had, they likely would have learned that the person operating the water lance was planning to use it on full power. And that the equipment was set up for a right-handed operator instead of the left-handed worker who was at the controls.

McElhaney was about 12 feet away when the operator lost control of the tool. Water from the lance cut through his legs, hitting both femoral arteries. 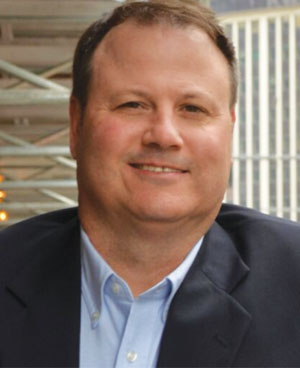 After three years of infections, multiple surgeries and learning how to walk again, McElhaney plays the 911 recording from that day during his presentations as a keynote speaker. He’ll reveal, to the audience’s surprise, that the voices on the call are talking about him. Then, he’ll show his scars.

“They can’t believe I’m still alive,” said McElhaney, a safety consultant based in Pittsburgh. “That’s why I’m a proponent of JSAs.”

Whether you call it a job safety analysis, a Job Hazard Analysis or an activity hazard analysis, experts say the process is the same.

Key benefits to a safety program include the identification, elimination or mitigation of workplace hazards. Another, Dankert said, is employee engagement.

For example, an employer can ask employees to share their expertise and experience on the “right way” to perform a task while leading a JSA or contributing to its creation. Employers and safety pros also can involve workers in recognizing and identifying potential hazards and then discussing meaningful ways to control or mitigate them.

“With employees engaged in the process, they have a better understanding of why the organization is requiring them to wear certain PPE, use other controls, or use tools or equipment in a certain way,” Dankert said.

JSAs can aid with training, performance standards, incident investigations and as a way to remind employees to remain safety conscious.

One of the best benefits, says McElhaney, is “it’s a time-saver.”

That counters one of the main criticisms of JSAs: They can be time-consuming.

McElhaney contends, however, that time is saved because workers, their departments and the employer are more organized.

“When all the workers read it or go through a JSA, they know exactly what’s going to happen, what PPE is required and exactly which tools they need to get,” he said.

JSAs aren’t explicitly required by OSHA. However, the agency’s PPE regulations for general industry – 1910.132(d) – state that an employer shall “assess the workplace to determine if hazards are present, or are likely to be present, which necessitate the use of personal protective equipment.”

Many employers use JSAs to show they’re complying with that requirement, Dankert said. One of the first steps in developing a JSA is to review the history of incidents, injuries, illnesses or near misses to determine which jobs pose the highest risk.

In its JSA guidance document, OSHA says priority should go to tasks:

That have the potential to cause severe or disabling injuries or illnesses, even if no history of previous incidents exists.

In which one simple human error could lead to a severe injury or incident.

That are new to your operation or have undergone changes in procedures and/or processes.

That are complex enough to require written instructions.

OSHA standards that apply to a task should be identified and included in a JSA.

According to the Maine Department of Labor, employee involvement can include a discussion on why a JSA is being conducted and an overview of what’s going to happen. This helps show that the employer is examining the task, not employee performance.

“That’s a big thing with JSAs,” McElhaney said. “They have to be two-way conversations.”