We use cookies to provide you with a better experience. By continuing to browse the site you are agreeing to our use of cookies in accordance with our Privacy Policy.
Home » OSHA regulations and emergency temporary standards: Your questions answered 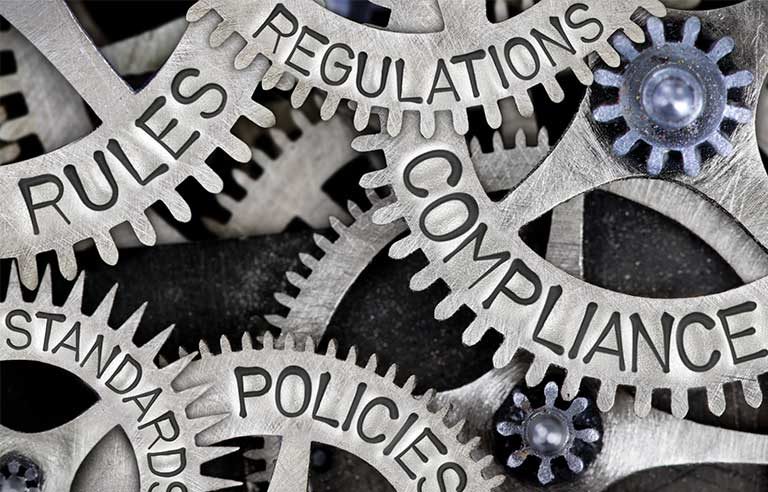 OSHA’s recent emergency temporary standards on COVID-19 have drawn attention to – and caused confusion about – how both emergency and traditional OSHA standards work.

On Dec. 17, the 6th U.S. Circuit Court of Appeals upheld the agency’s ETS on COVID-19 vaccination, testing and masking. At press time, an appeal before the Supreme Court was pending.

In October, attendees of a Safety+Health webinar focused on the latest rules, enforcement trends and initiatives from OSHA asked a number of questions. Here, S+H answers some of them.

How is OSHA’s ETS on COVID-19 vaccination, testing and masking – which doesn’t apply to employers with fewer than 100 workers – legal? That’s like saying any employer with fewer than 100 employees doesn’t have to follow OSHA’s fall protection standards.

OSHA standards don’t apply to all employers. That includes many in the public sector, such as state or municipal fire departments. According to the agency, the Occupational Safety and Health Act of 1970 doesn’t cover self-employed workers, immediate family members of farm employers and workers “whose hazards are regulated by another federal agency.”

Associate Editor Alan Ferguson discussed this article during a recent episode of “On the Safe Side,” Safety+Health’s podcast.

Congress has inserted language into many of its recent appropriations bills that prohibits OSHA from using money to “administer or enforce” its standards on employers who have 10 or fewer employees and have a DART rate (days away, restricted or transferred) that’s lower than the national average.

Employers with 10 or fewer employees who take part in farming operations and don’t operate a temporary labor camp are exempt from OSHA actions.

Likewise, OSHA recordkeeping standards don’t apply to employers who have 10 or fewer workers (including seasonal, temporary, contractors, et al.) during an entire calendar year. If an employer hires an 11th employee during that year, then the recordkeeping standards apply. The agency can request that “partially exempt” employers, like the ones described above, submit injury and illness information under 1904.41. The Bureau of Labor Statistics also can request information from those employers, typically for its Survey of Occupational Injuries and Illnesses.

Of course, no employer is exempt from reporting worker fatalities, inpatient hospitalizations, amputations or the loss of an eye – also known as reportable injuries.

OSHA has a couple of thresholds for electronic submission of Form 300A. That covers establishments with 250-plus employees or those with 20 to 249 employees in certain high-hazard industries, which are on OSHA’s website.

OSHA standards have to be economically and technologically feasible. In the Improve Tracking of Workplace Injuries and Illnesses final rule, published in May 2016 in the Federal Register, the agency states that it considered a 100-plus-employee threshold.

However, OSHA received comments that disagreed with that approach. The agency concluded in the Federal Register notice: “OSHA agrees with commenters who stated that reducing the size criterion to 100 would increase the burden on employers with diminishing benefit.”

In its ETS on COVID-19 vaccination, testing and masking, OSHA chose the 100-employee threshold because it is “confident that employers with 100 or more employees have the administrative capacity to implement the standard’s requirements promptly, but is less confident that smaller employers can do so without undue disruption.”

OIRA also has a list of regulations, in different stages, that are under review.

How long does an ETS remain in effect? How does the renewal process work?

Two parts of the OSH Act address these questions. Section 6(c)(3) states: “The secretary shall promulgate a standard under this paragraph no later than six months after publication of the emergency standard.”

However, Section 6(c)(2) states that an ETS “shall be effective until superseded” by a promulgated standard.

“In other words, employers should continue to comply with the standard and OSHA will continue to enforce the standard,” former OSHA Deputy Assistant Secretary Jordan Barab writes on his website, Confined Space.

On another note, an ETS essentially acts as a proposed rule for a possible permanent standard.

After publishing the ETS on COVID-19 vaccination, testing and masking in the Nov. 5 Federal Register, OSHA solicited public comment through Jan. 19, extending its original comment period by 45 days. As with any proposed rule, the agency has the option to make changes to or withdraw the regulation before issuing a final rule.

The “renewal process” for an ETS is like that for other regulations, governed by notice-and-comment procedures, as outlined in the Administrative Procedure Act of 1946. For many other regulations, the process is a lengthy, multistep one that often takes years or even decades. A 2012 Government Accountability Office study found that, between 1981 and 2010, OSHA needed, on average, more than seven years to develop and issue a regulation.

An OSHA flowchart detailing its rulemaking process estimates that it takes around 12.5 years to complete all seven stages, which encompass 48 potential steps.

The major steps are a Request for Information and/or a “pre-rule stage,” followed by an agency issuing an advance notice of proposed rulemaking or a proposed rule. Typically, comment periods are scheduled – often spanning 30 to 60 days or more – between each of those steps until a final rule is published.

Executive Orders and court decisions have added extra time to the process for certain OSHA regulations. That includes reviews by the White House Office of Management and Budget and the Small Business Administration. SBA reviews, also known as SBAR panels, are conducted for regulations that will have “a significant economic impact on a substantial number of small entities.” No thresholds exist, however, as to what’s “significant” or “substantial.”

In a May 2012 guide on how to comply with the Small Business Regulatory Enforcement Fairness Act of 1996, SBA says, “No single definition can apply to all rules, given the dynamics of the economy and changes that are constantly occurring in the structure of small-entity sectors. This is why it is important that agencies make every effort to conduct a sufficient and meaningful analysis when promulgating rules. The preparation of the required analysis calls for due diligence, knowledge of the regulated small entity community, sound economic and technical analysis, and good professional judgment.”

Does an ETS require congressional approval?

No. Congress gave the executive branch’s agencies the ability to promulgate regulations via the aforementioned Administrative Procedure Act.

Congress, however, has a method of disapproving an ETS and other regulations (with some exceptions) via the Congressional Review Act, included as part of the SBREFA. The bar is set fairly high, though. To overturn a regulation, both houses of Congress need to approve a joint resolution and the president needs to sign it. Or, Congress would need enough votes to override a presidential veto after approving a joint resolution.

The CRA also comes with a ticking clock: Congress has 60 “legislative” days, or days when it’s in session, to issue that joint resolution. On Dec. 8, the Senate approved a CRA resolution to repeal the ETS on COVID-19 vaccination, testing and masking, but the House did not follow suit.