We use cookies to provide you with a better experience. By continuing to browse the site you are agreeing to our use of cookies in accordance with our Privacy Policy.
Home » Chemical Safety Board swears in two new members
NSC Business and Industry Division news Federal agencies Manufacturing Leadership Manufacturing 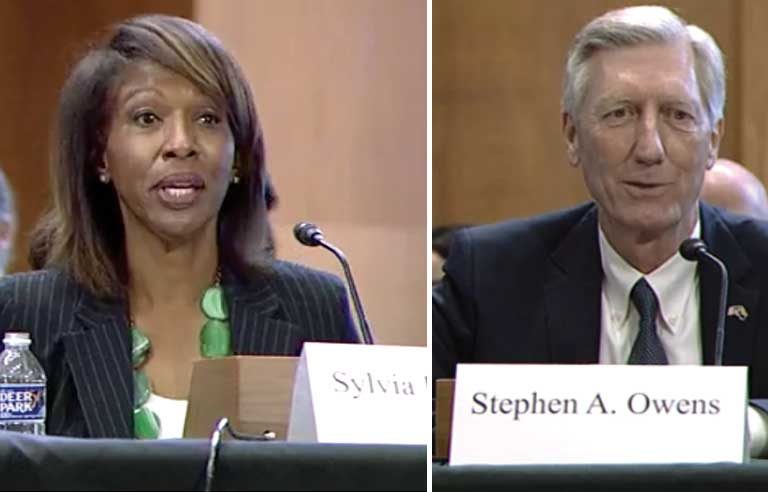 Washington — Sylvia Johnson and Steve Owens on Feb. 2 were sworn in to serve five-year terms on the Chemical Safety Board, an agency that has operated with Chair and CEO Katherine Lemos as a self-described quorum of one since May 1, 2020.

The Senate confirmed the duo’s nominations with a voice vote Dec. 9. CSB now has three of its five board seats filled.

Speaking during a Jan. 26 public business meeting, Lemos said the agency was waiting with “bated breath” to welcome Johnson and Owens in an official capacity. She thanked the Senate and Biden administration for advancing and approving the nominations, adding that “additional perspectives, backgrounds and specialties will serve to strengthen our agency.”

Owens previously worked as an attorney with the law firm Squire Patton Boggs, specializing in environmental, health and safety issues. From 2009 to 2011, he served as assistant administrator in the Environmental Protection Agency Office of Chemical Safety and Pollution Prevention, where his duties included managing the agency’s regulatory programs on chemicals and pesticides under statutes such as the Toxic Substances Control Act of 1976.

CSB was a frequent target for elimination under the Trump administration. In a report issued Nov. 10, the EPA Office of Inspector General asserted that operating with just one board seat filled “may prevent the CSB from achieving its stated mission to ‘drive chemical safety change through independent investigation to protect people and the environment.’”

CSB is poised to keep adding investigative and other staff, David LaCerte, the agency’s senior advisor and general counsel, said during the business meeting. In the past quarter, CSB finalized the hiring of two investigators, and continues to publicize investigative openings that have remote work availability.

“This will allow our investigative ranks to be filled from larger applicant pools, better position the agency to meet diversity and inclusion goals, and will allow for geographic diversity to better meet our mission and respond more quickly to chemical incidents,” LaCerte said.

He added that CSB’s fiscal year 2023 budget request “contains a moderate increase in funds as we ramp up staffing and operate with our new board members.”