We use cookies to provide you with a better experience. By continuing to browse the site you are agreeing to our use of cookies in accordance with our Privacy Policy.
Home » Demolition work: A look at the hazards
Cranes Lead Silica Slips, trips and falls Construction Injury prevention Workplace exposures

Demolition work: A look at the hazards Before a new building or home can go up, sometimes another structure has to come down.

That’s where demolition work comes in.

According to 2020 data from the Bureau of Labor Statistics, 78 workers died while engaged in site preparation contracting, which includes demolition. That total is down from 88 in the previous year – the most since 98 fatalities were recorded in 2007.

So, what are some of the hazards associated with demolition work, and how can they be avoided?

One of the most obvious demolition hazards is falling objects. With weaknesses or damage often hidden within walls and floors, it’s important to take at least two safety measures.

The first: Conduct an engineering survey before work begins. It’s a requirement under OSHA’s 1926 Subpart T standards on preparatory operations – 1926.850(a). This standard accounts for up to 75% of citations on demolition worksites, the agency says.

Despite the words that make up the term, an employer may not always need an engineer to conduct an engineering survey, according to the regulation.

“Every project is different, and some may require engineers to be involved,” adds John Satterwhite, chair of the National Demolition Association’s Safety Committee and vice president of Lloyd D. Nabors Demolition.

OSHA requires a “competent person” to determine the condition of the framing, floors and walls, as well as the possibility of an “unplanned collapse of any portion of the structure.” In addition, any adjacent structures where employees may be exposed need to be similarly checked, and written evidence of the engineering survey is required.

“The survey should be performed prior to the project starting, but it is a living document, and as the building conditions change, the survey may need to be updated,” Satterwhite said.

The other safety practice is a “task-specific” Job Safety Analysis, also known as a job hazard analysis or task hazard analysis. A JSA needs to be updated if new hazards are uncovered or conditions change. 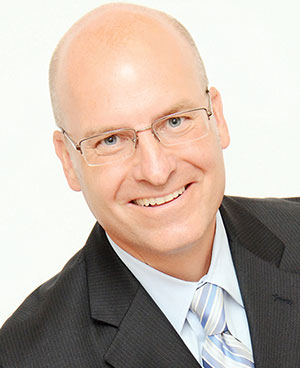 Falls are another hazard associated with demolition work. OSHA requires employers to guard wall openings that are 42 inches or higher. Also, floor openings must be secured “with material able to withstand the loads likely to be imposed,” and those “used for material disposal” may not take up more than 25% of the total floor area “unless the lateral supports of the removed flooring remain in place.”

In certain structures, workers may be at risk of falling into a basement, warns Rob Matuga, assistant vice president of labor, safety and health at the National Association of Home Builders.

Fall protection may be necessary in these situations, such as when workers are operating from aerial lifts, the Laborers’ Health and Safety Fund of North America says.

OSHA regulations state that workers operating on a horizontal or vertical surface, also known as a walking-working surface, that has an unprotected side or edge 6 feet or more above a lower level must be protected from falling by a personal fall arrest system, a safety net system or a guardrail system.

During an engineering survey, the competent person may discover materials such as asbestos or lead. These materials are often found in buildings that are 40 or more years old, and testing may be required to confirm the presence of hazardous materials, LHSFNA notes.

The removal of asbestos and other substances can mean employers must follow not only OSHA regulations but those from the Environmental Protection Agency, Matuga said. An example: “Asbestos has to be labeled. It has to go to a specific dump.”

He added that if an employer is demolishing or renovating a home or structure with water damage, mold is another potential concern.

Demolishing concrete, used for foundations, can present at least two additional hazards. One is exposure to silica dust.

Additionally, demolishing concrete may involve the use of a jackhammer or other noisy machinery, so hearing protection will likely be needed. This is another important reason to perform a JSA before starting work.

A look at control banding