We use cookies to provide you with a better experience. By continuing to browse the site you are agreeing to our use of cookies in accordance with our Privacy Policy.
Home » Amid COVID-19 pandemic, rates of ‘moral injury’ among health care workers similar to combat vets
Research/studies Workplace exposures Military Health care/social assistance Health Care Workers 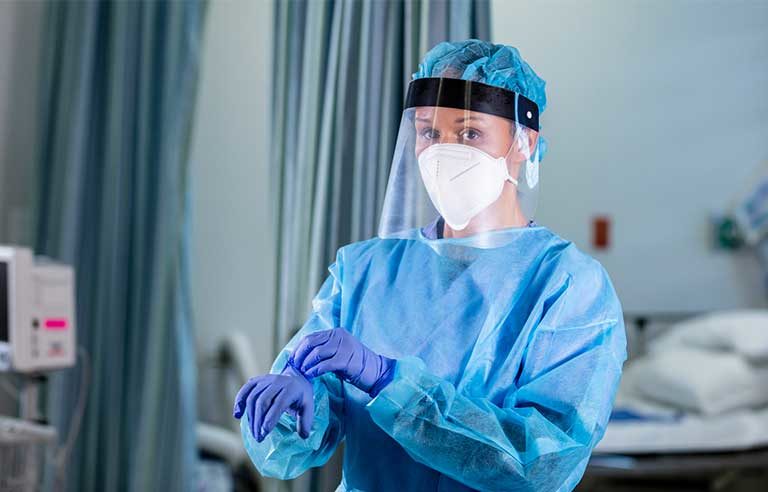 Durham, NC — The rates of “moral injury” that health care workers experienced during the first year of COVID-19 pandemic was akin to those of U.S. military combat veterans, results of a recent study show.

Researchers from Duke University, Vanderbilt University and the Department of Veterans Affairs define a “moral injury” as damage to a person’s identity or conscience after witnessing, causing or failing to prevent acts that are contradictory to their own moral standards.

For their study, the researchers reviewed data from the Post-Deployment Mental Health Moral Injury study, which involved more than 600 military veterans deployed to combat zones after Sept. 11. The veterans were interviewed by phone between April 2015 and February 2019. Data for nearly 3,000 health care workers was gathered from the Healthcare Worker Exposure Response and Outcomes (HERO) Registry. The workers completed an online survey in March 2021.

Among both groups, individuals who experienced potential moral injury suffered from more depression and lower quality of life. Those in health care also reported higher levels of burnout.

“Burnout is often discussed, and it is real,” study co-author Emily O’Brien, an associate professor in Duke’s Department of Population Health Sciences, said in a press release. “For many, though, I suspect moral injury is a more accurate description of their experience, and that has implications for what we do now and in the future.”

Added lead study author Jason Nieuwsma, a researcher at Duke and the VA: “It’s sobering to see how many health care workers are troubled at the moral level because of their work experiences during the pandemic. This may help us understand some of the current challenges facing health care systems across the country.”

The study was published online in the Journal of General Internal Medicine.