We use cookies to provide you with a better experience. By continuing to browse the site you are agreeing to our use of cookies in accordance with our Privacy Policy.
Home » Electronic logging device rule coming by end of fiscal year, FMCSA official says
Federal agencies Hours of service Transportation Trucking 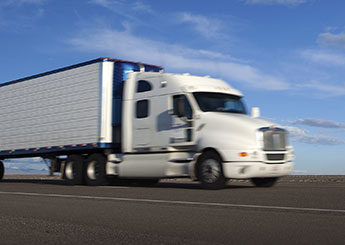 The Federal Motor Carrier Safety Administration intends to publish a final rule regarding electronic logging devices by Sept. 30, according to the agency’s acting chief.

FMCSA Acting Administrator T.F. Scott Darling III noted the timeline on March 4 while testifying before the Senate Surface Transportation and Merchant Marine Infrastructure, Safety and Security Subcommittee. The required use of ELDs in commercial motor vehicles was one of several topics discussed during the hearing, which also included updates about FMCSA’s Compliance, Safety, Accountability program and the recently suspended 34-hour restart provision in the agency’s hours-of-service rule.

FMCSA plans to require CMV drivers to use ELDs (previously referred to as electronic onboard recorders) in part to prevent drivers from lying about their hours of service. Such a move would reduce fatigued driving and improve safety, the agency claims. In Darling’s written statement to the subcommittee, he said the devices could prevent about 1,400 crashes, 20 fatalities and more than 400 injuries every year.

Sen. Cory Booker (D-NJ) said Congress sought an ELD rule by October 2013 – about a year and a half ago.

“Why is this important safety rule so far behind?” Booker said.

Darling said the agency is working hard to address the issue. “It will help with understanding hours of service,” he added. “We have made it a priority in my agency.”

A previous rule regarding the use of ELDs was vacated in 2011 after an appellate court ruled that motor carriers could use the devices to harass drivers. A proposed version of the new final rule includes measures to address concerns about harassment, FMCSA said.

Darling’s testimony contrasted with a recent report in which FMCSA said publication of a final rule was expected to be delayed by about six weeks until Nov. 9.

“We will get that final rule out and published by the end of this fiscal year,” Darling said. The federal government’s fiscal year runs from Oct. 1 to Sept. 30.

Several other highlights emerged during the hearing.

Sen. Deb Fischer (R-NE), chairman of the subcommittee, said she shares FMCSA’s goal of promoting safety. But Fischer questioned why the agency has not followed a recommendation by the Government Accountability Office to revise the method it uses to calculate crash risk. FMCSA currently includes crashes in which truck drivers were not at fault as part of its CSA program.

“Inaccurate CSA scores, publicly available online, have cost companies contracts and raised insurance rates – all of this has occurred without a clear correlation to increasing highway safety,” Fischer said.

Industry groups such as the Arlington, VA-based American Trucking Associations agreed that FMCSA needs to do more to address its CSA program.

“The flaws in CSA were again highlighted, and again the agency insisted it will do nothing to correct them,” ATA President and CEO Bill Graves said in a press release. “FMCSA should not just hear the concerns expressed by Sen. Fischer and the GAO, but address them with real action.”

In his written testimony, Darling said FMCSA is working to improve CSA and its Safety Management System “to identify those motor carriers that pose the greatest risk to safety.” The agency announced in late January that it was seeking public input about whether using police report data might help to determine crash risk for commercial motor vehicle drivers.

Darling also said FMCSA had selected the Virginia Tech Transportation Institute to study the effects of a weekly 34-hour restart rule that includes a pair of breaks between 1 a.m. and 5 a.m. Congress suspended the restart rule in December, pending further research, because of concerns that it pushed too many trucks onto crowded roads during the early-morning rush hour.