We use cookies to provide you with a better experience. By continuing to browse the site you are agreeing to our use of cookies in accordance with our Privacy Policy.
Home » ‘Simple’ steps can protect police officers from crash-related injuries, researcher says
Research/studies Injury prevention Law enforcement 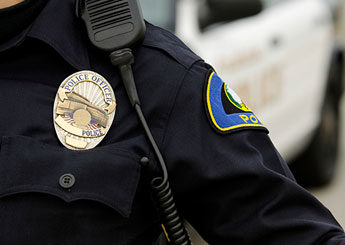 Santa Monica, CA – More effort is needed to prevent injuries among police officers involved in traffic collisions – including those that occur when the vehicle is not moving – according to a study from nonprofit research institute RAND Corp.

Researchers analyzed details from 854 police-involved crashes after surveying 16 local, county and state law-enforcement agencies. They found that officers seated in stationary vehicles were at a greater risk of being injured in a crash than when they were driving at low speeds.

Police officers also were more likely to be injured in a crash when responding to an emergency than when driving on routine patrol.

“These findings suggest there are things that law enforcement agencies could do to reduce traffic collisions involving officers and reduce the chance of officers being injured,” study author Tom LaTourrette said in a press release. “Some steps are as simple as reinforcing the need to wear seat belts and limiting the use of motorcycles.”

The study was published in the journal Policing: An International Journal of Police Strategies & Management.