We use cookies to provide you with a better experience. By continuing to browse the site you are agreeing to our use of cookies in accordance with our Privacy Policy.
Home » Robert W. Campbell Award
Leadership
SAFETY EXCELLENCE At Honeywell Aerospace, a commitment to safety begins on the ground floor. It extends all the way to, well, outer space.

“It really is rewarding to know that we help deliver one of the best HSE processes out there,” said Scott Harczynski, Honeywell Aerospace’s vice president of health, safety, environment and facilities. “I would tell anyone who wants to go on that journey that it’s going to be worth it. Build a plan, stick to it, and ultimately you can get there.”

Technology and teamwork help with those efforts. Honeywell Aerospace promotes worker safety by integrating its environmental, health and safety management system into the overarching Honeywell Operating System. The integration allows Honeywell Aerospace to create safety structures, processes and practices – and establishes a management system that provides essential environmental, health and safety governance from the top level of the organization all the way down to the shop floor. 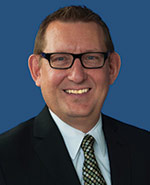 “Our evolution started with getting our function right, then moved to getting the leadership engagement, then moved to having an operating system so everyone knew their role and their responsibility – essentially, a management plan for delivering HSE results,” Harczynski said.

Honeywell Aerospace believes each worker plays a role in safety. Its environmental, health and safety management system allows workers to promote and monitor safety at all levels of the organization. Safety talks are a key component of the organization’s success. “At every plant, every day, from the factory worker on the floor to the plant manager, we talk about safety,” Harczynski said. “We talk about safety, quality, delivery, inventory and productivity every single day, and we lead with safety.”

The organization’s tireless dedication to safety was not lost on the Campbell Institute leaders who scanned the country for top safety performers.

“While Honeywell Aerospace is known for manufacturing world-class products to keep all of us safer in flight, today they are receiving the Campbell Award because they are best-in-class at keeping their workforce safe,” NSC President and CEO Deborah A.P. Hersman said in a press release announcing the recipient. “Honeywell Aerospace is far along on its Journey to Safety Excellence, yet it still strives to do better – the hallmark of a world-class organization.”

Since integrating its environmental, health and safety management system into the Honeywell Operating System, Honeywell Aerospace has reduced its incident rates by almost 50 percent. The organization’s audit scores have improved almost 40 percent. The injury rates are the lowest in the history of the business group.

“Our experience so far is that when you have that true, embedded culture of what we expect around safety – nobody to get injured, no environmental events, looking out for one another – when you have that culture, folks come in, and if they don’t have it, they quickly can adopt it,” Harczynski said. “Because that’s the culture they’re coming into with the organization.”

“Safety is who we are,” Mahoney said in a press release. “It is a core value that is integrated into all aspects of business. We are honored to receive the Campbell Award – a reminder to be proud of our accomplishments but never satisfied.”

Some organizations might be tempted to feel satisfied after seeing positive results and earning awards. At Honeywell Aerospace, leaders strive to maintain their progress.

Harczynski said Honeywell Aerospace’s workers also deserve credit for the Campbell Award. “Without their contributions and commitment to health, safety and environment, Campbell is not a possibility,” Harczynski said. “It really is part of the culture of our organization, and culture is about what people do every day."

The Campbell Institute at the National Safety Council is the global center of excellence for environmental, health and safety management. The institute collaborates with top-performing organizations to share research and best practices across industries. Learn more. 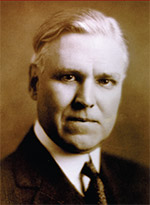 Past recipients of the Robert W. Campbell Award: