We use cookies to provide you with a better experience. By continuing to browse the site you are agreeing to our use of cookies in accordance with our Privacy Policy.
Home » My Story: Doug Kyle
My Story I suppose my trail to the safety profession began with public safety. I became a police officer for the City of Marshall, TX, in the mid-’80s. Being in that position required me to learn a lot of varied regulations, skills and legal jargon, which turned out to be a natural progression to my current world.

After 9/11, I was enticed into the oil and gas industry as a homeland security/public safety liaison, with a side order of learning the energy industry from the ground up. I eventually became the area operations supervisor for a Dallas-based oil and gas company. As a supervisor, I became more aware of the requirements and regulations surrounding my team’s daily operations and well-being, as well as the safety of the neighboring public. On May 26, 2011, my phone went off. It was a notice of an explosion at a facility involving a death and an injury. It’s the phone call you never want to get.

After time and many meetings with various agencies and our own people, some direction seemed to be arising from the tragic incident. Several employees were sent to Lafayette, LA, to take a course in offshore safety. In my group was the head of the company’s health, safety, security and environment department from England. We participated in numerous hands-on exercises to demonstrate the safety devices we were learning about. Several times I called a halt to the exercises in the lab for a lack of personal protective equipment or a Job Safety Analysis for the work. That night, the HSSE vice president asked to ride back to our hotel after dinner. He asked if I would consider transferring from operations to take over the HSSE department of the area where the fatality had occurred. I declined, as I was being considered for another operations promotion. The next day I got a call from London. The president of the midstream company personally asked me to take the position. I took it, of course.

I pursued a Certified Safety and Health Official certification, along with other vital training. When the downturn in the energy industry hit in 2016, I became a consultant for Department of Transportation audit preparation for a large natural gas company based in Oklahoma City. After a year there, I wanted to be closer to home in East Texas.

I answered an ad for an HSE specialist. I was offered the position and accepted. The next week, I was asked to return for another meeting with the owners. The safety director had just resigned. If willing, I was now the HSE director of a 675-employee company covering Texas, Louisiana and Arkansas. I accepted my second position with the company before I ever started the first.

I have been blessed to have had the support of my family, some wonderful mentors and great classroom instructors. The road has many turns, doesn’t it? 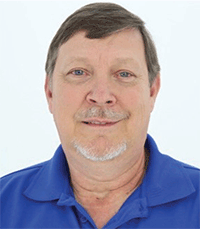