We use cookies to provide you with a better experience. By continuing to browse the site you are agreeing to our use of cookies in accordance with our Privacy Policy.
Home » Situational awareness
Safety culture Hazard communication Injury prevention

A ‘separate dimension of hazard control’ The article notes that people should be in the state of relaxed awareness as a default and compares it to the practice of defensive driving.

“You are relaxed and enjoying your drive, but you are still watching for road hazards, maintaining a safe following distance and keeping an eye on the behavior of the drivers around you,” the article states.

Relaxed awareness isn’t as mentally or physically draining because it’s a less stressful state than focused awareness or high alert.

Focused awareness is an acceptable level when encountering dangerous situations such as hazardous work environments. Being in a state of focused awareness allows a person to jump into high alert in the event of an emergency, while being comatose results from fear or shock that leaves a person overwhelmed, paralyzed or unable to function.

“What we know from anxiety and stress is that, essentially, what happens is it stops and blocks cognition,” Walia said.

Stress is one of the seven brain-centered hazards identified by DEKRA that can hinder workplace safety and decrease situational awareness, Walia said. The others: fast-brain functioning, fatigue, memory, social think, distraction or divided attention, and visual recognition.

Fast-brain functioning occurs when we perform repeat tasks or routines. Because of our need to conserve the brain’s energy, we sometimes don’t fully think about what we’re doing as we take on these tasks. Walia gave the example of a 10- or 15-minute trip in the car and not recalling how you arrived at your destination.

“If we don’t train people to have situational awareness, then all the compliance and all the programs really don’t matter because they don’t get used in real time.”

As an example of social think – “our innate need to go along with our group prevents us from approaching others” or speaking up when needed, according to DEKRA. Walia said: “Say you and I are working together. If we’ve been working for a long time, I will be tempted to not say something because I’m just going to assume you’ve seen the hazard or the exposure in front of you. I also may be part of a culture that while I am encouraged to speak up, in practice that behavior is condoned or frowned upon.” 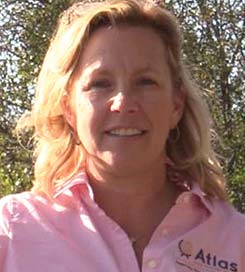 Distraction or divided attention often occurs when people try to use their cellphones or text while driving. “What research shows – whether or not people believe it – our mind can only fully focus efficiently on one task at a time,” Corbett said.

Visual recognition is detailed in a February 2019 Safety+Health article, Seeing’ safety in a new way, focused on visual literacy.

Walia explains: “We tend to look at and validate what we want to see. So, if our brain is saying, ‘Yep, this is what it always looks like,’ essentially it’s playing that trick on you to say, ‘Yes, that’s exactly what I see,’ when in fact, it could be something different.”

And as for brain-centered hazard stress, or urgency from external or internal sources, an example of the former source is how messages are delivered to workers, she said.

“While my manager may tell me that safety is important, if they talk about deadlines or production targets with more emotion, my brain says, ‘Just do whatever it takes to get the job done, as that is what my manager cares about more.’”

This reaction from the brain can cause workers to rush through a task and potentially overlook exposures or dangerous situations.

On the Safe Side podcast Episode 13: Situational awareness on the job and safety leadership amid COVID-19