We use cookies to provide you with a better experience. By continuing to browse the site you are agreeing to our use of cookies in accordance with our Privacy Policy.
Home » Be ready for earthquakes
Seasonal safety: Spring Injury prevention

Have you had a workplace drill? Earthquakes were never really a concern for Jennifer Serne while growing up in Louisiana. “They aren’t No. 1 on our list,” she said. “We obviously have something (hurricanes and tropical storms) that comes up a lot higher than that.”

In 2001, however, she experienced the 6.8-magnitude Nisqually earthquake. The epicenter was northeast of Olympia, WA. “I will never forget it,” said Serne, who was in college at the time. “I’d heard about them, but I hadn’t experienced anything like that. It’s a pretty stunning effect to feel the earth move under you like that.”

Now, encouraging workers and safety professionals – no matter where they live or work – to be prepared for earthquakes is part of her role as an assistant professor in the safety and health management program at Central Washington University.

According to the U.S. Geological Survey, from 2010 to 2015, Alaska and California had the most earthquakes of any state, with 9,020 and 1,545, respectively. Additionally, 40 states had a least one earthquake with a magnitude of 3.0 or greater.

These events can’t be predicted, so occupational safety and health experts say the best defense is planning and preparation.

‘Drop, cover and hold on’

Less than 10 miles from Closure Systems International’s bottle cap manufacturing plant in Salt Lake City is the town of Magna, UT – the epicenter of a 5.7-magnitude quake that took place March 18, 2020. 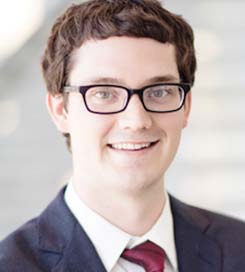 “It really freaked a lot of people out,” said Marshall Greer, environmental, health and safety manager at the facility. “That initial 5.7 lasted about 15 seconds. Everyone ducked and covered.”

Greer said workers at the facility participate in annual Great ShakeOut earthquake drills, a nationwide initiative sponsored by FEMA, USGS and others. As part of the initiative, numerous state and federal agencies, as well as preparedness organizations, promote the “drop, cover and hold on” strategy for personal safety during an earthquake.

(The 2021 Great ShakeOut is set to take place Oct. 21. For more information, go to shakeout.org.)

“The point is to get low on the ground, or make yourself as low as possible, and cover your head and neck to avoid potential injury,” said Brian Blake, associate director of the Central U.S. Earthquake Consortium.

“It’s important that people know what to do when the ground starts to shake,” he added. “You want to stay where you are. If you’re outside, you never want to go inside a structure when it’s shaking. If you drop, cover and hold on when you’re outside, you’re still less likely to be injured.”

Get ready for the National Safety Stand-Down: Free resources available

Be prepared for a flood