We use cookies to provide you with a better experience. By continuing to browse the site you are agreeing to our use of cookies in accordance with our Privacy Policy.
Home » Three states at risk of losing OSHA State Plan status over COVID-19 rules: reports
NSC Business and Industry Division news NSC Labor Division news Federal agencies State Plan states 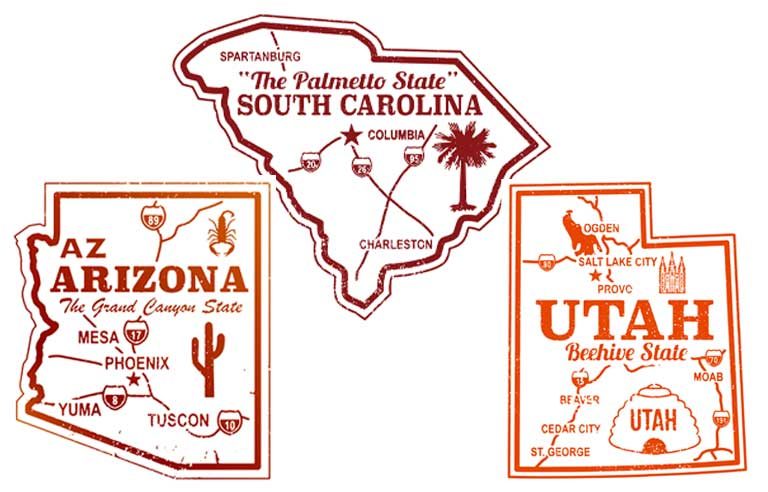 Washington — OSHA has warned Arizona, South Carolina and Utah to adopt their own version of the agency’s emergency temporary standard on COVID-19 for health care workers or face possible revocation of their State Plan status, according to multiple reports.

The Occupational Safety and Health Act of 1970 permits OSHA to grant approval to states that want to manage their own workplace safety and health program. One stipulation for approval, however, is that the states’ safety standards are “at least as effective” as federal standards. State standards can be stricter than federal OSHA’s standards but not weaker.

OSHA issued the ETS in June, and most of OSHA’s State Plans, along with Puerto Rico, have followed suit. Under the ETS, State Plan programs were to have adopted the rules by July 21. Arizona, South Carolina and Utah have not met the deadline. OSHA reportedly has sent “courtesy letters” to notify the states of the agency’s intent to begin the revocation process and place them back under federal jurisdiction.

The next step is publication, in the Federal Register, of OSHA’s proposed revocation of State Plan status (for each state) followed by a 35-day comment period, according to a document posted on former OSHA Deputy Assistant Secretary Jordan Barab’s website, Confined Space.

Barab writes that the agency’s action is “a shot across the bow of any state that is considering not adopting the forthcoming OSHA ETS” on COVID-19 vaccination/testing. That ETS will apply to employers with at least 100 workers to ensure full vaccination or weekly negative testing of their workforce. It is undergoing a required review by the White House Office of Information and Regulatory Affairs.

“This is clearly a preemptive strike by the federal government,” South Carolina Gov. Henry McMaster (R) posted on his Twitter account. “With no state regulators in the way, the federal Labor Department will be free to penalize employers who do not comply with President Biden’s unconstitutional vaccine mandate.”

In a follow-up post, McMaster notes that he has instructed the director of the state’s Department of Labor, Licensing and Regulation “to begin immediate preparations for a vigorous and lengthy legal fight.”

“States do not have regulatory authority to require employers to pay their employees sick leave,” Cox says in the release.

Ducey says the Industrial Commission of Arizona is “actively engaged in a public input process” on a state ETS on COVID-19 and vows to fight any revocation of its State Plan status. In 2017, Arizona and OSHA tussled over ICA’s reclassification of violations and reduction in penalties for certain employers.