We use cookies to provide you with a better experience. By continuing to browse the site you are agreeing to our use of cookies in accordance with our Privacy Policy.
Home » On Research: Perceptions of safety pros’ upward influence
On Research Research/studies

Journal of Safety Research contributors talk about their work A vital skill for safety professionals is the ability to influence others, especially anyone above them on the organizational chart.

Lead researcher Cassandra Madigan and her colleagues at the University of Queensland in Australia looked at how high-level managers perceive safety pros’ attempts to influence them and which tactics work best.

The resulting study, “Differences between managers’ and safety professionals’ perceptions of upwards influence attempts within safety practice,” appears in Volume 81 of the National Safety Council’s Journal of Safety Research. 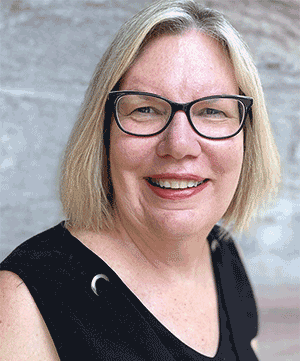 Madigan, a former health and safety manager in the health care industry, is the lead author, a senior lecturer at the University of Queensland and a doctoral student. She spoke with Safety+Health about the study. The following is an edited transcript.

The Journal of Safety Research, a joint publication of the National Safety Council and Elsevier Ltd., disseminates peer-reviewed research in all areas of safety and health. Learn more.

What’s your study about?

There are two parts. The first looks at how safety professionals try to influence important health and safety matters from the viewpoint of managers they’re trying to influence. Managers in this study were at higher levels in the organization than the safety pros (such as an operations manager). What we tried to find out from those managers was what influence tactics health and safety people are trying to use, and which influence tactics are more or less effective. Then we looked at individual relational/organizational factors that might affect a safety pro’s ability to influence. The second part compared what the managers said with what the safety pros think.

What drove your interest in studying this topic?

I’ve worked as a health and safety pro myself. I know the feeling of what it’s like when you have a great idea that you’re not able to influence or get over the line. I think the critical measure of our success as safety pros and leaders is our ability to influence others. Most decisions that impact health and safety in organizations aren’t made by safety pros. They’re made by others at all levels of the organization. I was really interested in what’s called “upward influence” because I think it’s the managers in organizations who are making most of the key decisions around safety priorities and initiatives.

What are the biggest takeaways from the study?

We need to be proactive and intentional about how we influence. If you’ve got an important safety matter or issue that you want to influence, there’s no point just going in blindly and hoping for the best. Sometimes we get pushback or resistance, so having a whole range of tactics in your toolbox makes you more flexible. Our study showed that rational persuasion was the most effective, and that’s not surprising because we’re experts and people expect us to be able to use evidence-based arguments. The one that was least effective is known as “legitimating” (for example, you have to do it because it’s a rule or policy). The interesting point is both managers and safety pros said the legitimating tactic is used frequently, but both said it was the least effective.

What, if anything, surprised you about the results?

Even though the paper’s title says “differences,” there was quite a level of agreement between man-agers and safety pros. They actually agreed on the four tactics that were being used the most. They agreed that rationalization was the most effective and legitimating was the least effective. They even agreed on the four top factors that enabled influence: health and safety knowledge, experience, personal skills, and understanding of organizational context. An important takeaway is that safety pros really need to be influential, particularly upward. You really need to have a good understanding of the organization.

The full study will be available at no cost for six months at ScienceDirect.

Journal of Safety Research announces call for papers on MSDs