We use cookies to provide you with a better experience. By continuing to browse the site you are agreeing to our use of cookies in accordance with our Privacy Policy.
Home » Intervention program may help reduce sitting time for office workers
NSC Business and Industry Division news Research/studies Worker health and wellness Worker Health and Wellness Office Safety Tips 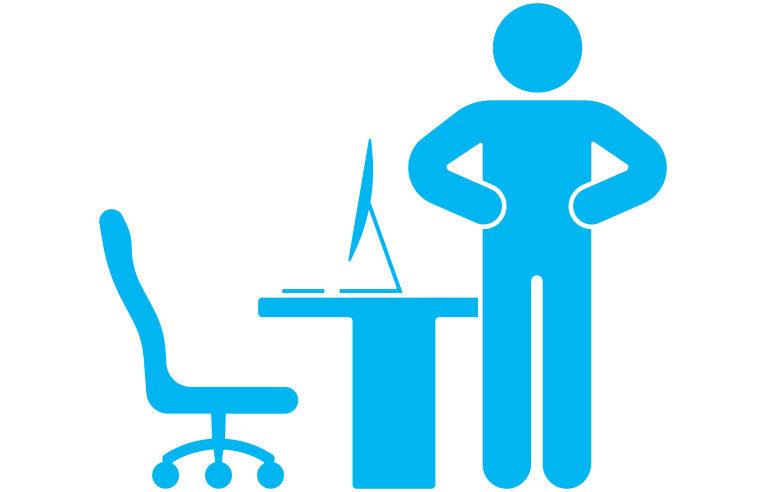 Leicester, England — Researchers in England have developed a program they say can, when paired with a height-adjustable desk, reduce office workers’ sitting time by more than an hour a day.

The researchers, from the National Institute for Health and Care Research’s Leicester Biomedical Research Center, placed 756 desk-based workers from various local government councils into three groups. They gave one group the SMART (Stand More AT Work) Work and Life intervention program, which includes training and educational resources, behavior change support, and a set of mobile apps and software to monitor sitting time on the job.

The second group used the intervention program and was given a height-adjustable desk, while members of the third group continued with their usual practices. The researchers monitored the workers with a small device worn on the thigh and followed them for 12 months.

Compared with the control group, the workers who used the intervention program sat about 22 fewer minutes a day. For the workers given the program and an adjustable desk, their time spent sitting was reduced by more than an hour.

Desk-based workers spend about 70% of their workday sitting and then go home and sit more, the researchers said. That adds up to 10 hours of sitting a day. According to NIOSH, sedentary work is associated with higher risk of diabetes, obesity, chronic diseases, premature mortality, and back and shoulder pain.

“These results are a major step in providing evidence-based tools to reduce sedentary behavior and improve health in the workplace,” lead study author Charlotte Edwardson, an associate professor of physical activity sedentary behavior and health at the University of Leicester, said in a press release. “Our results suggest a combination of education, motivational resources, peer support and standing desks has the greatest effect on reducing sitting in the workplace.”

The study was published online in the British Medical Journal.