We use cookies to provide you with a better experience. By continuing to browse the site you are agreeing to our use of cookies in accordance with our Privacy Policy.
Home » Co-worker encouragement can play a role in a healthy workplace
Research/studies Worker health and wellness Worker Health and Wellness Office Safety Tips

Co-worker encouragement can play a role in a healthy workplace 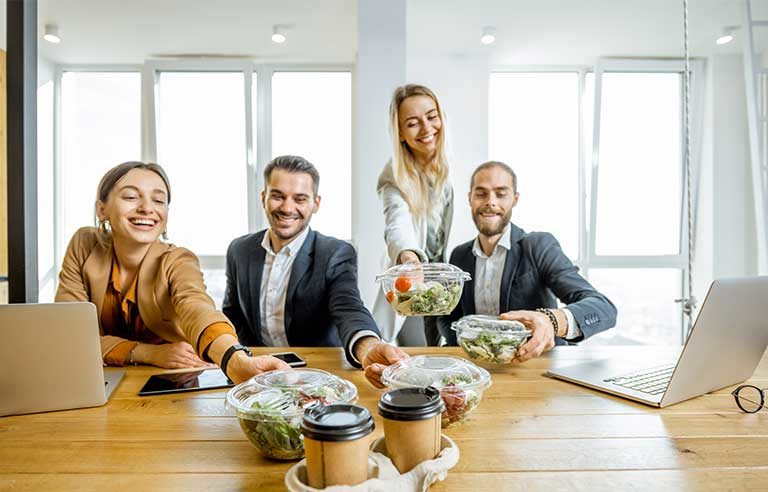 Cologne, Germany — Workers who engage in healthy lifestyle behaviors and encourage their colleagues to do the same can help create a more healthful workplace, results of recent study show.

Using data for more than 4,300 workers, researchers from the University of Cologne in Germany and Utrecht University in the Netherlands examined to what extent co-workers can influence one another’s eating and exercise behaviors. They focused on two pathways: explicitly encouraging a healthy lifestyle among others and acting as a role model. The participants worked on 402 teams within 113 organizations.

The researchers found that the participants were more likely to eat fruits and vegetables, as well as engage in physical activity, when their co-workers encouraged these healthy lifestyle habits. The reason, according to the researchers: Employee groups often eat together and can see what others are doing and will model those healthy behaviors.

The same wasn’t true for exercise: Unlike eating, physical activity is less prone to social influence. One explanation may be that physical activity “typically takes place outside working hours, where it is hardly visible to colleagues.”

The researchers say their findings are a promising development for managers and public health policymakers who want to create a culture of good health at work.

“Our study implies that when designing health interventions, it is important to incorporate the work environment alongside other social actors such as partners, family members and friends,” study co-author Lea Ellwardt, a professor at the University of Cologne’s Institute of Sociology and Social Psychology, said in a press release.

The study was published online in the journal BMC Public Health.