We use cookies to provide you with a better experience. By continuing to browse the site you are agreeing to our use of cookies in accordance with our Privacy Policy.
Home » 30 minutes of activity a day – including walking to work – can help reduce heart disease: study
Research/studies Worker health and wellness Worker Health and Wellness Office Safety Tips

30 minutes of activity a day – including walking to work – can help reduce heart disease: study 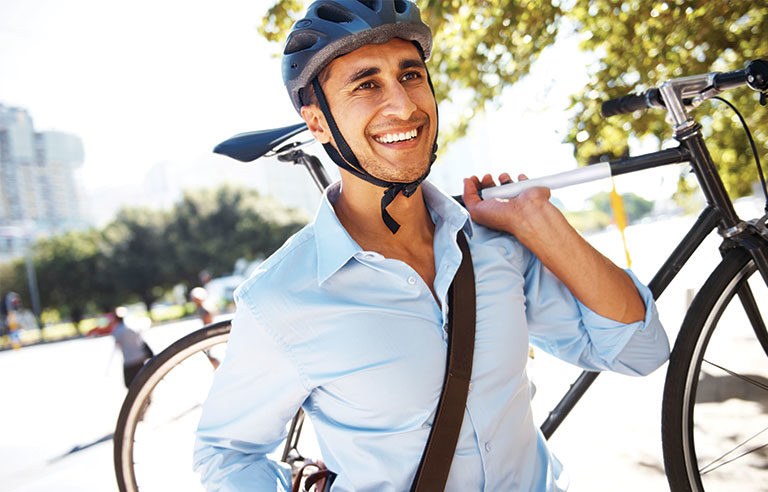 Burnaby, British Columbia – Engaging in 30 minutes of moderate activity – including household chores and walking to work – most days could decrease the risk of cardiovascular disease and early death, according to a new study.

Researchers analyzed physical activity survey responses from about 130,000 adults ages 35 to 70 in 17 countries from the Prospective Urban and Rural Epidemiological Study. Respondents were followed for almost seven years.

The researchers found that fulfilling World Health Organization recommendations of exercising moderately for at least 150 minutes a week prevented 1 in 20 cases of cardiovascular disease and 1 in 12 early deaths. Longer activity produced greater benefits: Exercising for more than 750 minutes a week was found to reduce 13 percent of early deaths and 10 percent of cardiovascular disease cases.

“Meeting physical activity guidelines by walking for as little as 30 minutes most days of the week has a substantial benefit, and higher physical activity is associated with even lower risks,” lead study author Scott Lear, Simon Fraser University professor in the faculty of health sciences, said in a Sept. 22 press release.

The study was published online Sept. 21 in the journal The Lancet.