We use cookies to provide you with a better experience. By continuing to browse the site you are agreeing to our use of cookies in accordance with our Privacy Policy.
Home » Crane operator requirements: The wait is over
Cranes Federal agencies Construction

Crane operator requirements: The wait is over

Virtually all of OSHA’s updates have gone into effect The long wait for OSHA’s finalized crane operator requirements in construction is over. The agency published the requirements in the Nov. 9 Federal Register and, at press time, just about all of them had gone into effect.

The journey to the updated requirements began in 1998, when an OSHA Advisory Committee on Construction Safety and Health workgroup took a look at concerns regarding cranes and endorsed negotiated rulemaking for revising the regulations.

Five years later, the Cranes and Derricks Negotiated Rulemaking Advisory Committee, or C-DAC, met 11 times between 2003 and 2004 to develop a proposal for recommended changes.

It took another six years for OSHA to release its Cranes and Derricks in Construction Standard, a final rule that included two major sticking points that resulted in even more delays.

OSHA now requires operator certification by “type, or type and capacity” and has strengthened its qualification requirements by reinstating an employer’s duty to ensure safe operation of cranes.

The reviews from a small set of stakeholders are generally positive – or at least cautiously optimistic. Part of that stems from OSHA’s decision to provide flexibility in some parts, as noted in the preamble of the final rule.

Although not officially written in the language of a regulation, a preamble offers insight into an agency’s line of thinking and how it might interpret a rule.

“There was some real concern that it would be very prescriptive and, frankly, unworkable,” said Graham Brent, CEO of the National Commission for the Certification of Crane Operators. “If anything, I think it shows that OSHA was listening very carefully to the industry.” 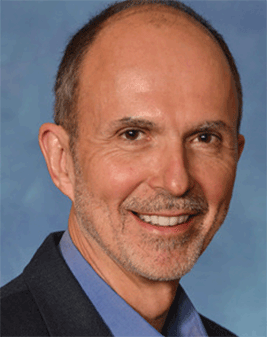 OSHA’s initial rule on cranes debuted in 1971 – the same year the agency was established. Additional crane operation requirements were issued eight years later and used existing national consensus standards. Employers also had to follow other general requirements in the agency’s construction safety standard, including one that permitted “only those employees ‘qualified by training or experience’ to operate equipment.”

“Unless you were in a state that required licenses – and at that time there were only about five – you could pretty much jump on and off (a crane) without anybody raising an eyebrow,” Brent said.

According to OSHA, industry stakeholders asked for an updated regulation, in part, because incidents involving cranes and derricks remained a significant cause of fatalities and injuries in construction.

Aiming to curtail incidents, the agency put forth a regulation that, among other things, required operators to become certified through an accredited testing organization, an independently audited employer program, military training, or compliance with qualifying state or local licensing requirements.

Preamble to OSHA’s Cranes and Derricks in Construction Standard

One part of the 2010 standard that met with pushback was that crane operators were deemed qualified if they had obtained certification. Critics argued that certification was only one step in the process and didn’t test an operator’s ability to handle variables such as weather conditions or worksite terrain.

In its comments on the proposed rule, the National Association of Home Builders essentially argued that if certification doesn’t equal qualification, then what’s the point of going through a certification process? Instead, operators’ basic skills and knowledge “can be gained many other ways.”

The International Union of Operating Engineers’ Local 49 in Minneapolis commented that certification is an “invaluable, standardized means to screening out operators who lack essential abilities such as hand-eye coordination, depth perception and the ability to control the load. The record shows that certification has dramatically improved safety in the states, such as California, that require it.”

Along with certification, OSHA requires operators to complete two other parts of the qualification process: training and an employer evaluation. Additionally, employers must document the evaluations.

The documentation requirement was set to go into effect Feb. 7, but when that day came, OSHA announced that it would not issue citations during the first 60 days if employers were acting “in good faith” to meet the requirement. (At press time, the 60-day grace period was set to end April 15.)

Employers will need to re-evaluate an operator if the crane or equipment in question requires “a substantially different [set of] skills, knowledge or abilities to identify and avert risk.”

Headley said he learned to operate a crane that had levers, but now some cranes have joysticks, as do the simulators at his company. Consequently, instead of using the controls intuitively, “I have to think about what I’m doing,” Headley said. 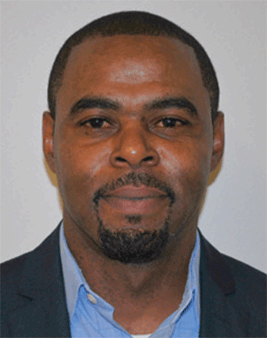 Kevin Cannon, senior director of safety and health services for the Associated General Contractors of America, said the language in the proposed rule’s preamble had his organization concerned that operators might need evaluations on a task-specific basis – for example, if an operator was lifting steel items one day and plywood the next.

“The way it was written, it seemed like it was going to be a bit onerous on employers,” Cannon said.

OSHA responded in the preamble of its final rule that it doesn’t “require separate evaluations for every conceivable difference in equipment or task. OSHA’s intent is that the employer identify the substantive differences that require new skills [emphasis added], knowledge or abilities that the operator has not already demonstrated during a previous evaluation.”

The agency added that, unless special circumstances would change “the dynamics of a lift,” it would expect an operator lifting a bundle of steel to qualify to lift a bundle of plywood.

The National Propane Gas Association and other groups in that industry, which submitted thousands of comments, shared concerns about how the regulation would apply to the delivery and retrieval of propane at construction sites. Propane field technicians often use two types of cranes in their work. 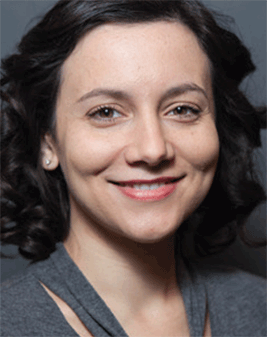 “That would mean having to obtain operator certification for two different types of cranes, as well as conducting all of the evaluations and recordkeeping for compliance with the regulation,” said Sarah Reboli, NPGA’s director of regulatory affairs.

In the preamble to the final rule, OSHA states that the regulation applies only to the installation of propane tanks at construction sites and not replacement activities.

OSHA also provides leeway in other areas. Some stakeholders wanted individuals evaluating crane operators to hold a valid certification, or at least have the ability to pass the written test. AGC, among others, contends that someone might have 25 or 30 years of experience as a crane operator and might not have up-to-date certification, but that wouldn’t mean his or her skills as an evaluator are diminished.

The agency sided with that outlook, stating it decided to “maintain employer flexibility in choosing who may perform the required evaluation, as long as those evaluators have, or develop, the requisite assessment knowledge and experience.”

NCCCO and others sought to avoid any potential conflict of interest of having a trainer of an operator also serve as an evaluator. OSHA stated that it understood the arguments, but declined to prohibit the practice.

“[The agency] has not traditionally prohibited this type of practice, where employers conduct trainings for employees and also ensure that they comprehend that training,” the preamble states. “Certification and evaluation requirements are intended to work in tandem, and certification requirement ensures that the operator has demonstrated basic skills, knowledge and abilities through an objective, third-party examination process.”

The agency stood its ground, however, on mandating that operators become recertified every five years, and refused to grant yet another delay in the certification requirements.

“Employers have had ample notice since 2010 that certification requirements were going to go into effect,” the preamble states.

Type, or type and capacity

OSHA’s path toward changing the “type and capacity” certification requirement in favor or one or the other began not long after the Cranes and Derricks in Construction Standard was published. The agency learned that two of the four accredited testing organizations were issuing certification by type only – NCCCO being one of those.

The Crane Institute of America was issuing certification by type and capacity, which Headley contends is a higher level of certification. Capacity is especially important when operating certain kinds of cranes, such as those with a telescoping boom, he said.

“As crane capacity increases, the boom length increases, thus making the load much harder to control,” Headley said. “Boom length is the single biggest factor that separates the skill required to operate a crane safely. The longer the boom, the higher the skill level required.”

Some who commented on the proposed rule noted that capacity was “one factor to be considered in the employer’s overall evaluation of the operator’s ability.”

In the interest of resolving the matter and getting the regulation closer to finalizing, Headley said during a 2015 ACCSH meeting that OSHA should require certification by type, or type and capacity.

The key question is, will the updated regulation – with its flexibility – ultimately make workers in the construction industry safer?

“It looks good on paper,” he said. “Now we just have to figure out if it’s too much or not enough.”

Headley said that with the three-step qualification process – training, certification and employer evaluation – “it can’t help but increase the safety for [operators] and others working with and around the crane.”