We use cookies to provide you with a better experience. By continuing to browse the site you are agreeing to our use of cookies in accordance with our Privacy Policy.
Home » Most Americans feel pressure to work when sick: survey
Research/studies Worker health and wellness Worker Health and Wellness Office Safety Tips 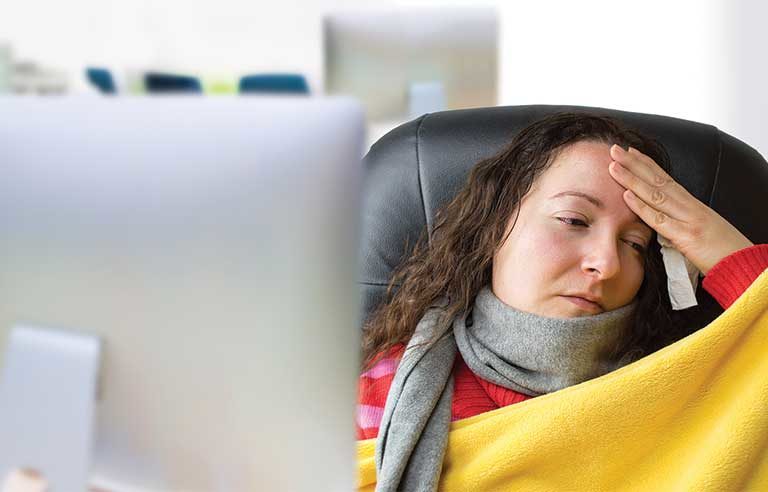 New York — Nearly 4 out of 5 Americans say they feel pressure to work when they don’t feel well, results of a recent survey show.

Researchers from OnePoll, on behalf of the cold medication company Robitussin, surveyed 2,000 U.S. adults – 1,930 of whom had jobs – about sickness in the workplace and dealing with sick co-workers.

Of the employed respondents, 78% reported “feeling pressure to power through the workday when they’re feeling under the weather,” a Nov. 7 press release states. However, 82% said they would be annoyed if a co-worker showed up with a cough, while 41% would rather take on the extra workload temporarily than have a co-worker come to work sick.