Adrian Russell occasionally elicits surprised expressions from clients when arriving at a jobsite for the first time. The construction program manager is Black, an attribute that typically goes unnoticed in pre-work email exchanges.

“I don’t think that we can deny the fact that when you think of construction, or safety and leadership, and you think of individuals being in leadership positions within this industry, you still, generally, assume white,” Russell said.

However, ongoing workplace initiatives concerning diversity, equity and inclusion spurred by the May 25 death of George Floyd – a Black man who died while in the custody of the Minneapolis Police Department – and other recent racially charged incidents around the country give Russell hope about the movement to remedy the deep-seated issues that influence altered treatment of minority workers.

But Russell and other safety professionals are quick to stress that meaningful change doesn’t happen overnight, and can only be accomplished by creating structural transformation centered on increasing acceptance and opportunities for minorities in the workforce.

‘An employer has to care’

According to data from the Bureau of Labor Statistics, the majority of the U.S. workforce in 2019 identified as white (77.7%) and male (53%). Blacks constituted 12.3% of all workers but comprised a mere 6.4% of construction occupations.

Associate Editor Kevin Druley discusses this article in the October 2020 episode of Safety+Health's “On the Safe Side” podcast.

Although Title VII of the Civil Rights Act of 1964 makes discrimination based on certain specified characteristics – including race – unlawful, the Equal Employment Opportunity Commission received 23,976 allegations of race-based discrimination in fiscal year 2019 – a total that excludes charges filed with state or local Fair Employment Practices agencies.

Encouraging leaders within organizations to engage in reflection and self-examination related to DE&I issues is a vital starting point to begin building more diverse and accepting workplace cultures. Experts urge employers to give these exercises the time and serious thought they deserve. Approach them with a long-term outlook that views achieving a diverse and inclusive workplace as a value – not simply checking a box. 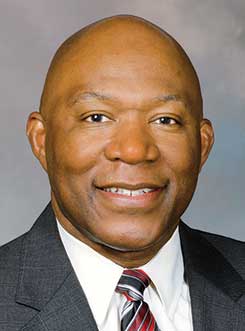 “First of all, an employer has to care,” said I. David Daniels, a veteran safety leader and environmental, health and safety professional for Jacobs Engineering Group in South Fulton, GA. “It has to matter that when they look around their office, their business, and they see everyone looking, sounding and thinking alike. If that observation doesn’t matter, they can stop a conversation right there and move on to something else.”

Disparities in language, training and employer understanding of the cultures of their employees can create mental and physical barriers to safety.

In 2018, 5,250 workers died as a result of on-the-job injuries, the most fatalities recorded by the BLS Census of Fatal Occupational Injuries since 2007. Within that total, the 615 deaths among Black workers were the most since 1999, while the 961 deaths among Hispanic or Latino workers marked a 6.4% increase from 2017.

“They’re just distracted,” Daniels said. “It’s hard to really pay attention to the work and to focus on doing it safely when you don’t feel supported or protected by your employer.”

To experts, this underlines the need for employers to commit to more fully understanding the diverse cultures of the workers in their organization. This may require employers to adapt the way they ask questions of and listen to workers. 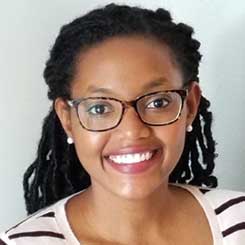 When speaking about DE&I issues, Lindsay Bell, a regional health and safety manager at Baltimore-based Solvay USA Inc., often uses the acronym HOPE – honor other people’s experiences – to stress the importance of a more active listening culture among safety leaders.

“So, other people are going to have a different experience and reality than you, so you want to have HOPE … because it is going to vary, and it is going to be, sometimes, so vastly different from what your life is like that people have a hard time conceptually understanding what I’m telling you is a problem, and it’s because they have just never experienced that problem.” 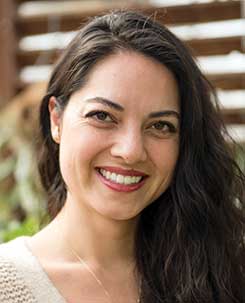 Still, unconscious bias – or social stereotyping – can impact this process if employers or safety professionals are unable to recognize it in themselves. On an interpersonal level, unconscious bias can influence how employers handle workplace concerns or complaints, said Cori Wong, assistant vice president for gender equity at Colorado State University in Fort Collins, CO. This presents trickle-down considerations for the entire organization.

“There could be gender and race and class and language – all sorts of different bias can inform how someone hears another person who might raise a concern,” Wong said. “So, safety professionals should become aware of and check their own personal biases.”

Another common example of bias in safety involves fit testing and ordering personal protective equipment, Wong noted. If an employer unconsciously assumes the size of a standard worker and buys PPE that is best suited for a 6-foot, 180-pound man without considering the needs, abilities, sizes and materials suited for those who are larger or female, for instance, affected employees are likely to face unnecessary hurdles and hazards that improper fit present.

On the Safe Side podcast episode 8: Hearing loss prevention in the workplace

Opioids in the workplace: NIOSH issues fact sheet on initiating a naloxone program