We use cookies to provide you with a better experience. By continuing to browse the site you are agreeing to our use of cookies in accordance with our Privacy Policy.
Home » Opioids and the workforce
Worker health and wellness Drugs Worker Health and Wellness

“Epidemic” and “crisis” are just two of the words used to describe the current state of opioid addiction in the United States.

Overdoses related to opioids – drugs such as oxycodone and morphine that doctors prescribe to help relieve pain – claimed the lives of 33,000 Americans in 2015, the Centers for Disease Control and Prevention reports.

A national survey on drug use and health conducted in 2015 by the Substance Abuse and Mental Health Services Administration revealed that 75 percent of adults ages 18 to 64 with substance misuse disorders are in the workforce.

As the struggles of addiction continue to affect worker safety and health, advocates such as Gary Mendell of New York-based Shatterproof are urging employers to take action.

Mendell founded Shatterproof in October 2011 – in response to his son, Brian, committing suicide after suffering from an opioid addiction. He stresses the importance of shifting cultural attitudes toward addiction. 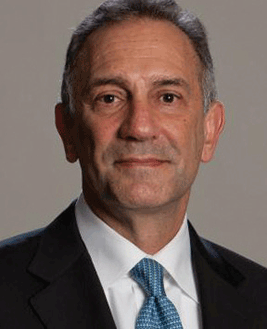 “How many employees work for a company have asthma or heart disease, and they’re not afraid to tell people they have it? They’re not ashamed about it. They get treated for it and they become healthy,” Mendell said. “But if you have an addiction to opioids, et cetera, there’s a stigma, and you are reluctant to say it.”

In March, the National Safety Council, as part of its initiative to prevent prescription drug overdoses and deaths, released the results of a nationwide poll of 501 human resources officials. Seven out of 10 reported that their organizations felt the effects of opioid usage – including absenteeism, decreased productivity or safety incidents – yet only 19 percent felt “extremely prepared” to handle opioid misuse.

Read the results of the nationwide poll.

“We know that these substances – even when used legitimately as recommended or prescribed by a physician – can cause impairment or lead to errors or issues in the workplace that can impair safety,” said Tess Benham, senior program manager for the NSC initiative. “And so today, we have a very complicated landscape for employers, and so I think that poses challenges for HR professionals and safety professionals to rethink, ‘Do I have the right things in place for my company?’”

Survey results suggest that answer is “No,” as 81 percent of respondents’ drug policies lacked “at least one critical element of an effective drug-free workplace program,” according to NSC.

Substance misuse rates differ by industry. According to research from the National Safety Council, Shatterproof and the National Opinion Research Center, pain medication and heroin use disorders among working adults occurred at a rate of 0.8 percent from 2012 to 2014. The construction (1.3) and mining (1.0) industries experienced higher-than-average opioid disorder levels, while agriculture (0.4) and finance, insurance, and real estate (0.3) were among the lowest.

Bonnie Rack-Wildner is manager of the Back On Track employee assistance program at Moon Township, PA-based Gateway Rehab. Rack-Wildner said safety professionals can look for a number of outward warning signs of possible addiction. These range from personality shifts and missed deadlines to inconsistent eye/motor coordination and incoherence. Workers who frequently are part of safety violations or incidents also may be battling opioid misuse, she said.

Detecting patterns is important, Rack-Wildner added, especially because addiction can occur at an escalated pace. A worker who routinely is absent on Mondays and Fridays or who consistently calls in on the same day of the week may be displaying signs of substance misuse. She also cautioned about workers who mix and match substances to create what she calls a “functional high.”

Benham said employers and workers should be educated about opioid risks and hazards, as well as the effect addiction to these drugs can have on the mind, body and beyond.

Rack-Wildner advocates “training all the way to the top” – from entry level to executive level.

“We understand two hours off the job is a lot,” Rack-Wildner said, “but it will pay you back many, many, many times over.”

The NSC survey results show that 43 percent of employers don’t drug test all employees, and 41 percent of that group doesn’t test for synthetic opioids.

“Employers should be demanding that their [employee assistance programs] be screening for and treating or referring employees who have a substance abuse issue, and they should be doing that on a routine basis,” said Eric Goplerud, Ph.D., a clinical psychologist and vice president of the National Opinion Research Center’s Public Health Department.

The Substance Abuse and Mental Health Services Administration offers a checklist to help employers with workplace drug testing. Guidelines include:

Benham said employers also should create a policy defining which drugs are prohibited and outline the consequences of using them.

The policy should establish that workers must inform supervisors if they are using a prescription drug that could cause impairment or affect work. However, because of privacy concerns, an employer should not ask a worker why he or she is taking the medication.

“There’s some definite incentives for employers to invest in wellness and substance use prevention and treatment programs … for their workplaces,” Benham said.

Added Mendell: “The return on the investment is exponential. Exponential.”

The National Safety Council, Shatterproof and the National Opinion Research Center at the University of Chicago recently developed a tool to help employers determine the financial impact of substance misuse on an organization.

The Substance Use Cost Calculator – available at www.nsc.org/drugsatwork – asks users to input their industry, location and company size. The tool accounts for lost time, job turnover, retraining and health care, among other variables. It then computes potential annual costs to the organization.

“Companies underestimate what it is actually costing them for untreated substance abuse in the workplace,” said Tess Benham, senior program manager of the NSC initiative to prevent prescription drug overdose and death. “This includes alcohol, opioid and heroin use, marijuana use, and other illicit drugs.”

For example, the calculator estimates an annual cost of $76,280 for an Illinois construction company with 200 employees. An agricultural business in the same state with the same number of employees carries an estimated cost of $28,124.

Eric Goplerud, Ph.D., vice president of public development at NORC, said workers in recovery from addiction use less health care and take less unscheduled leave than co-workers without substance misuse disorders. According to organizational research, an employee recovering from a substance misuse disorder saves a company more than $3,200 annually.

Effective June 26, the office’s Division of Federal Employees’ Compensation enacted a prior authorization standard requiring any physician who prescribes a compounded opioid medication to submit a Letter of Medical Necessity.

The letter should state that the physician has considered alternative treatment options and will sufficiently monitor the patient’s opioid use.

In the next year, OWCP stated that it plans to extend prior authorization protocol to individuals wishing to fill new opioid prescriptions.

“When prescribed and used appropriately, opioid drugs can provide necessary and safe pain relief to injured workers,” OWCP Deputy Director Gary Steinberg said in a June 27 press release. “However, opioids carry a risk of substance abuse disorder and accidental overdose. Due to these safety concerns, we believe these additional monitoring steps are necessary and appropriate.”

Mendell delivered testimony during the group’s first meeting in June. The commission, headed by New Jersey Gov. Chris Christie (R), was to issue a final report to Trump by Oct. 1, at press time.

“Gov. Christie and the other four members of his task force were very engaged, very interested in what we were saying,” Mendell said. “We’ll see what comes from it, and we’ll see what the next step holds.”

Opioids in the workplace: What employers need to know