Every day, occupational safety professionals deal with the perception of risk – or lack thereof – and its consequences for human behavior and safety outcomes. But they might not consider some of the risks workers fear most: humiliation, loss of status and rejection.

Organizational researchers have found that such anxieties keep people from reaching their full potential as contributing members of a team – and what calms these fears is a sense of psychological safety.

Psychological safety isn’t a new idea; it has circulated in organizational psychology since the 1960s. The concept gained new prominence in 2016, when The New York Times reported that Google’s ambitious team efficacy study, Project Aristotle, had identified psychological safety as the single most important determinant of team success. It has since been widely hailed in management circles as key to employee engagement and group productivity, and it’s now a hot topic in the occupational safety and health community. 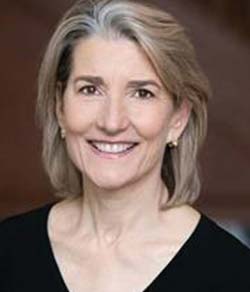 Amy Edmondson is the Novartis professor of leadership and management at Harvard Business School; author of the book “The Fearless Organization: Creating Psychological Safety in the Workplace for Learning, Innovation, and Growth”; and a prominent researcher on the topic. Edmondson defines psychological safety as “a belief that the environment is safe for interpersonal risk-taking – like speaking up with a question, a concern, an idea or even a mistake.”

In a study published in 1999, she describes psychological safety in organizational settings as “a sense of confidence that the team will not embarrass, reject or punish someone for speaking up” and “a team climate characterized by interpersonal trust and mutual respect in which people are comfortable being themselves.”

Edmondson and others contend that this sense of security allows team members to freely communicate, brainstorm, report errors and innovate. But even with “safety” baked right into the name, psychological safety seems more like a team-building concept than a workplace safety issue.

So, why should safety pros care about psychological safety, and what are the implications of this idea for workplace safety culture?

Edmondson sees the ability to speak freely as inextricably linked to workplace safety: “In analyses of preventable workplace safety incidents, there is frequently – if not in the majority of cases – evidence that someone had a concern but didn’t speak up about it, or didn’t stop someone from behaving in an unsafe way, because they didn’t feel psychologically safe to do so.” 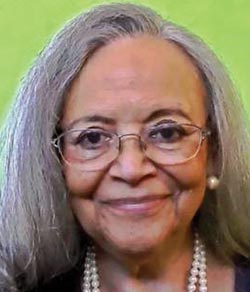 When safety pros ask workers to speak up about unsafe conditions or to step in when a co-worker is engaging in risky behaviors, they might not understand the emotional stakes involved, notes Rosa Antonia Carrillo, president of safety consultancy Carrillo and Associates and author of the book “The Relationship Factor in Safety Leadership: Achieving Success through Employee Engagement.”

“Interaction is one of the riskiest endeavors a human being can engage in,” Carrillo said, “because every time you interact, you stand the possibility of being humiliated or rejected.”

She points out that fear of rejection is a powerful force in the human mind because it stems from hardwired, primal instincts similar to the need for food and shelter.

“Anthropologists have explained that the need to belong was a survival mechanism,” she said. “You needed to belong to your tribe, your group, because they were the ones that helped protect and feed you, so if you got kicked out of the group, you were dead. And that is what gets triggered in the human brain when there’s a fear of ostracism or exclusion.”

Silence, Carrillo said, is dangerous in a variety of workplace scenarios, such as when someone fails to report an error or a near miss, or hesitates to ask important questions out of fear of looking incompetent.

"The psychological state of the human being plays a large role in how well they do their work."

“When you lack psychological safety, you have to evaluate how what you talk about is going to impact your status and how people perceive you, and that limits what you’re willing to communicate,” she said. “So it’s absolutely key that, as a safety professional, you have a relationship with workers where they feel it’s psychologically safe to give you bad news, to share mistakes, to share concerns or even to give you critical feedback, because we can’t improve without that feedback.”

Communication isn’t the only aspect of work life that suffers from a lack of psychological safety.

“The psychological state of the human being plays a large role in how well they do their work,” Carrillo said. Because the energy a worker puts into avoiding conflict and protecting their status isn’t being used to perform at their best – or to monitor their safety and surroundings – promoting psychological safety can eliminate a potential source of distraction and allow workers to be mentally present on the job.